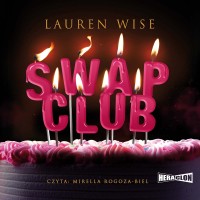 Więcej
An old seventies trend was making its way back into the suburban homes of Montreal, Quebec. Husbands and wives were having consensual sex with other married couples and trying to keep the secret under wraps, unsuccessfully. Swapping. Swinging. An organized sex agreement; and to a thirty-nine year-old mother of two, like Valerie Matthews, the idea was riveting.

With forty looming, Val wanted to spice things up by giving herself a birthday present– the sex life she desired, so she convinced her husband Ryan to join a club that would change their lives forever. Within 24hrs of meeting the madam of the club Celeste, Ryan and Val signed the contract that officially made them members of Swap Club, Montreal's secret sex club for married couples

The second Saturday of every month: a text message and an address. At 8pm each husband knocks on a strange door and each wife opens her door to a stranger. Of course, Montreal can be a small town and no one is a total stranger.

Twelve months. Twelve encounters. Nothing out of bounds. Nothing taboo. Unbridled desire and the freedom to live out your deepest fantasies is hot and sexy but even with all the benefits–comes consequences.
Meet Valerie Matthews and Swap Club is the recap of the lewdest year of her life. 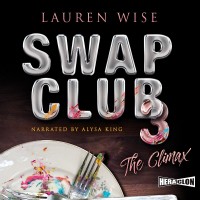 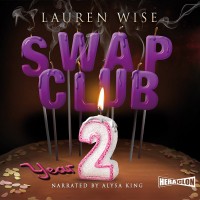