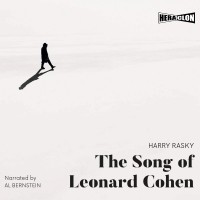 The Song of Leonard Cohen

Więcej
“‘Harry, this is Leonard. I just wanted you to know I watched your film on me and it struck me I never thanked you enough at the time for the magnificent gift you gave with that film. Call me.
Then he left his personal number.”
– Harry Rasky, April 2000.